Is SaaS The Same As Cloud Computing? 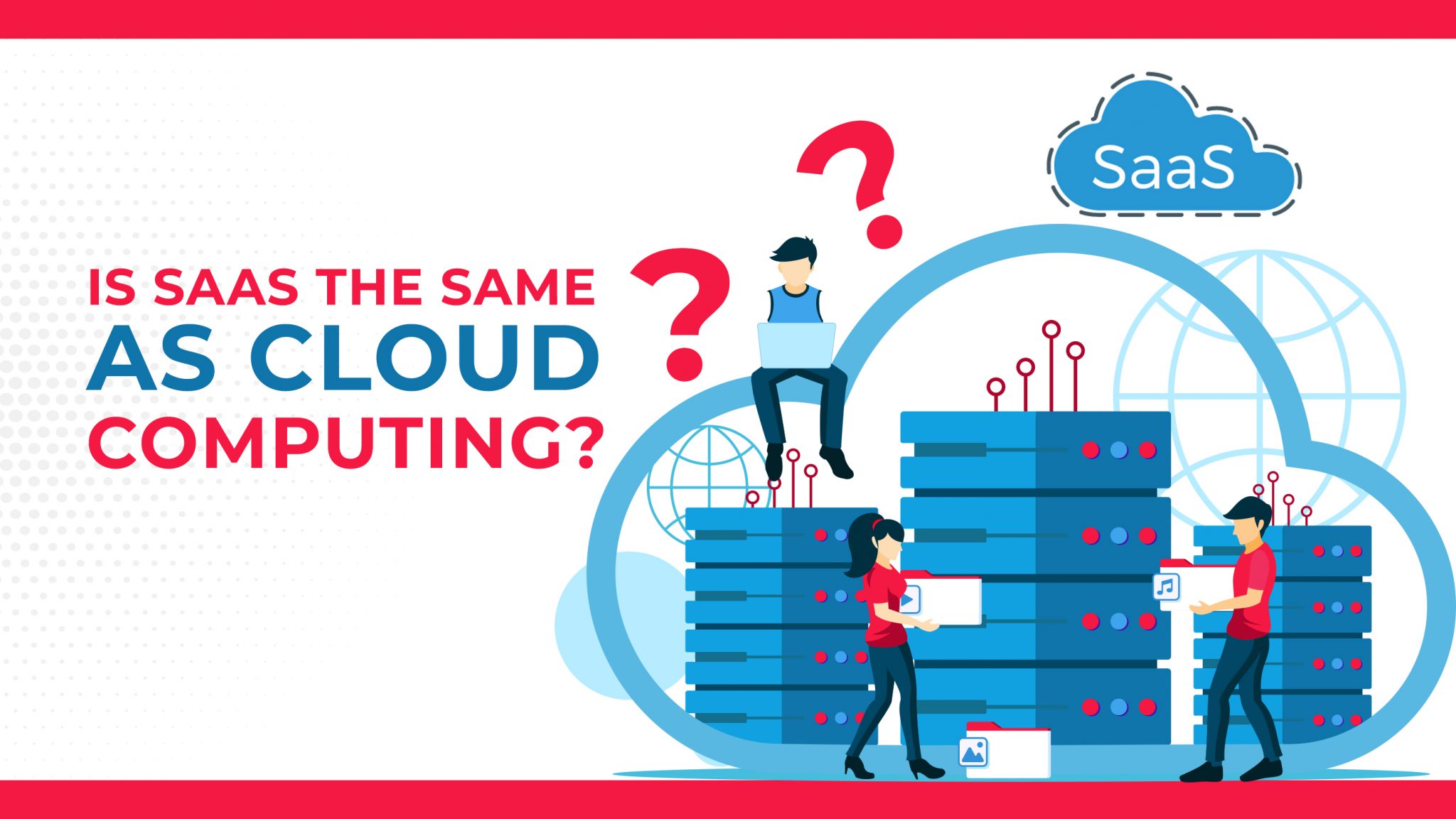 People tend to use the terms software as a service (SaaS) and cloud computing interchangeably. But while the two technologies are related, they are not exactly the same.

Simply put, SaaS is a type of cloud computing. Here we will talk about the differences between the two, as well as the similarities that make them prone to comparison.

Any software application you run that is not located on your premises is considered SaaS. It is a full application, rather than a component of something else. It is not a way to build applications, nor is it a plug-in to other applications. Software as a service is not something that sits on your machines.

SaaS runs in the vendor’s data center, instead of having the application running on servers and data storage in your data center. When you use a SaaS application, you log into your vendor’s website.

SaaS applications are also different from on-premise applications in terms of the way it is licensed. Instead of buying the license to use the application, you “rent” the software over a period of time, usually monthly or yearly.

You don’t have to pay for software maintenance to support it and keep it updated, because the vendor is in charge of that too. Also unlike traditional applications, you don’t have to pay on-going operating and maintenance costs. The cost of the SaaS application actually covers the costs of the software itself including the on-going operations and infrastructure costs.

Both SaaS and cloud computing are delivered via the Internet. They offer similar benefits to users such as easy access to applications. You don’t have to go through painstaking installations or constant maintenance because they don’t reside on the user’s machine.

Maintenance issues are taken care of on the server side. Both SaaS and cloud computing are offered on a subscription basis. They can be accessed instantly from anywhere that has an internet connection.

SaaS and cloud computing provide a convenient alternative to traditional on-site applications. You can focus your company’s technology resources and attention elsewhere.

According to the National Institute of Standards and Technology (NIST), cloud computing is a “model for enabling ubiquitous, convenient, on-demand network access to a shared pool of configurable computing resources (e.g., networks, servers, storage, applications, and services) that can be rapidly provisioned and released with minimal management effort or service provider interaction.”

Another difference worth mentioning is that with SaaS, all the data resides with the service provider. Most of the time, the service provider is allowed to use your data in any way it sees fit. The benefits of SaaS often outweigh concerns of data ownership of security, which is why many companies still use it.

With the cloud, you have more control. Although the servers are not local, you still manage the data and software. You can make backups and store data in the cloud, with little concern over data security. You can also move the data out of the cloud environment to your own local repositories.

If you are running a business and you are interested in using SaaS or cloud computing, keep in mind that SaaS is often better suited for smaller operations. That’s because it provides inexpensive solutions for various business needs. On the other hand, cloud computing is great for larger firms that have more resources and also want more control of sensitive data. Larger firms can better afford the cost for this type of infrastructure.

Is SaaS The Same As Cloud Computing? https://t.co/Gw5drUiFwl #kennected #linkedin

PrevPreviousAdvice For People Who Are Thinking Of Going Into A Partnership
NextAre LinkedIn Messages Private?Next