What To Know about LinkedIn Groups
Skip to content

Where Did LinkedIn Groups Go? 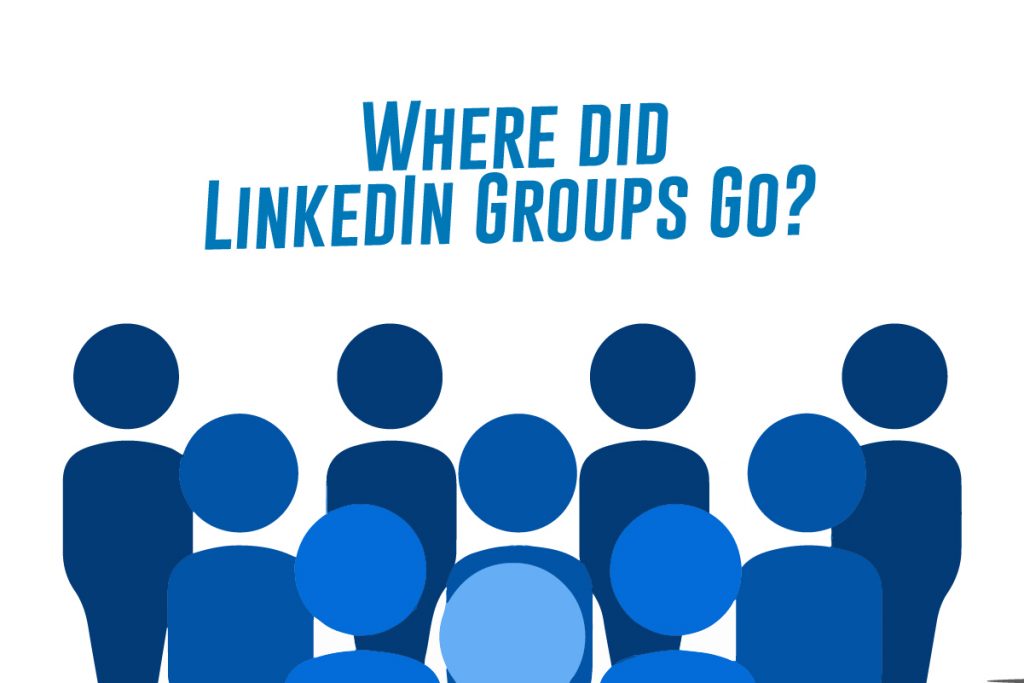 Navigation: Changes to Notifications for New Group Posts, Highlight Relevant Conversations, What are LinkedIn Groups for?

LinkedIn Groups was once a major feature of the app—a key part that allowed the platform to reach a broader social marketing landscape. However, as time went on, many users lost interest because of random spam and ‘swamps’ of self-promotion. But with new features on the horizon, LinkedIn may be setting up Groups for a comeback this year.

Recently, LinkedIn launched a revamp of their Groups feature, which aimed to restore the platform’s Groups functionality back to its former glory. They saw an opportunity to fix some serious issues using new features that will get rid of all the spam and excessive self-promotion.

Their goal is to encourage more users to come back and try using LinkedIn groups again. After all, this is a very helpful tool for B2B marketing. It is worth noting that this feature has gone through several revamps in the past. Even though these initial updates were fairly minor, they have had a positive impact.

So far, LinkedIn has reported that member engagement within groups has more than doubled since the re-launch. LinkedIn’s upcoming set of updates for Groups are set to keep this momentum going.

Here are some of the new features coming soon for LinkedIn Groups.

Changes To Notifications For Group Posts

LinkedIn is rolling out notifications for new posts within Groups. This helps members stay up to date with what’s happening. The new feature will cut down on repeated notifications by compiling the listings into a single update while still keeping members informed about new group conversations.

The new updates will be rolled out to group admins first, but LinkedIn plans to launch it for all members in the future.

LinkedIn is also looking to generate more interest in group conversations by alerting users to group discussions started by their connections. Soon, users will be able to see new posts that were initiated by their connections right from the main feed and in notifications. This improves discoverability of group posts, especially within the users’ extended network.

Users will only take advantage of the Groups feature if it engages them in a way that is relevant to their interests. With this in mind, LinkedIn will be adding a new feature that will enable group admins to notify group members of important conversations within their groups.

LinkedIn Group notifications are a huge focal point for the next updates. If LinkedIn can revamp the notification system in a way that does not feel like spam or plain self-promotion, it will attract more users and encourage them to give it a chance.

Right now, it is an essential tool for B2B marketing—but it would be even more beneficial for everyone if more users were utilizing the groups feature.

What Are LinkedIn Groups For?

LinkedIn Groups are hubs on LinkedIn where professionals in the same industry or with similar interests can share content, find answers, view jobs, make business contacts, and establish themselves as industry experts.

These networks have many benefits for both owners and members. As a business, participating in LinkedIn group discussions can create important connections. It can establish authentic relationships with fellow members. It is not meant to be a place for advertisements. It is a channel to share content to those who will find it valuable. Content is not advertisement—it is something that provides value through information.

By participating in groups, a brand can boost its name and online reputation organically. With the upcoming LinkedIn updates, more users will be able to make the most out of the feature.