What Does A Video Going Viral Mean? 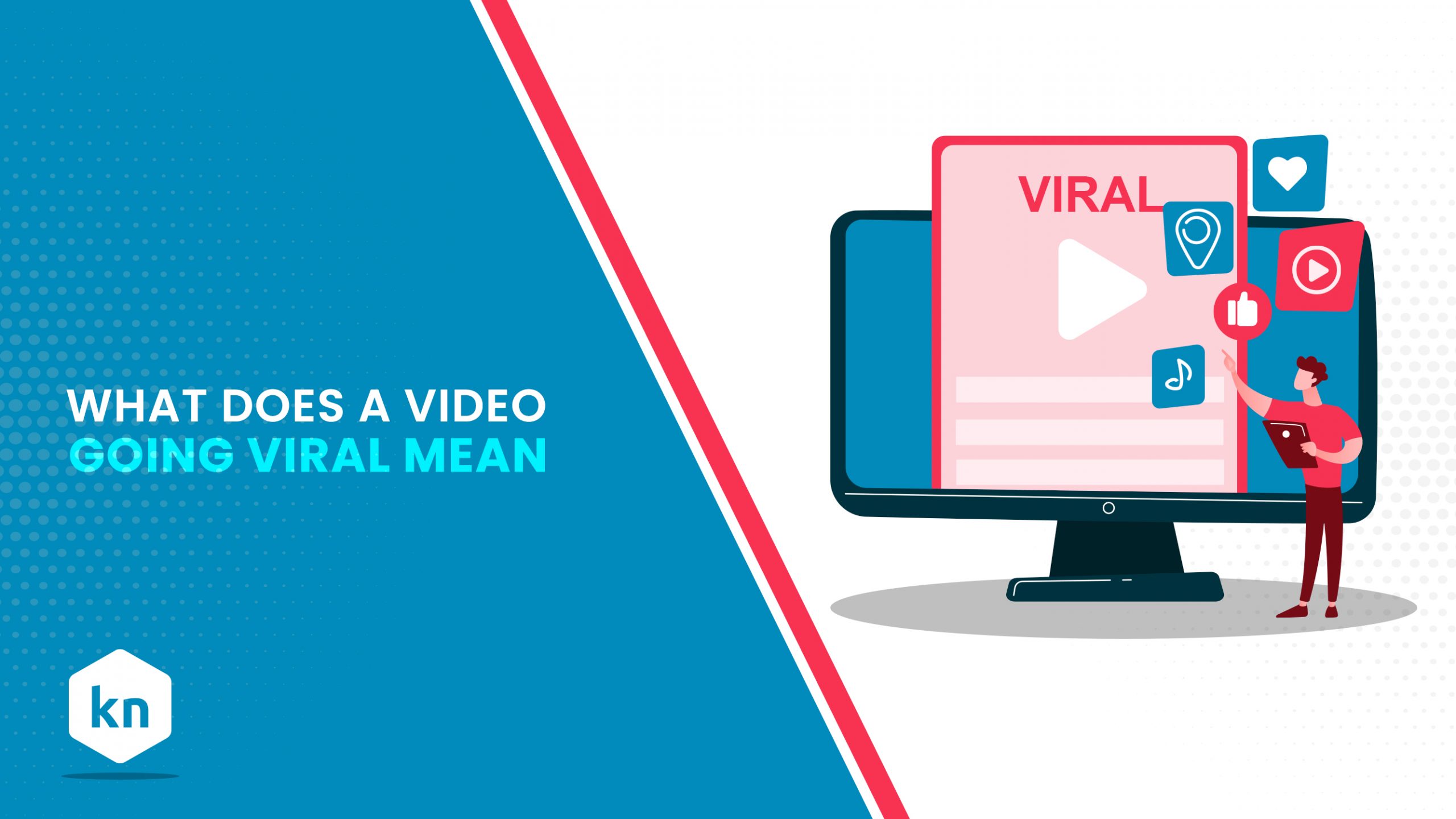 Navigation: What does it mean for a Video to Go Viral?, Defining “Going Viral”, How to Go Viral, Best Platforms to Go Viral and Why

Viral videos: everyone has their favorites. If you’ve spent even a little time online, then you’ve seen a couple of viral videos already.

They’re not easy to miss. Viral videos are shared by everyone: your friends, your co-workers, your family members, and even random strangers on the internet. Even if you’re browsing aimlessly on your social media feed, you are bound to encounter a few viral videos. Chances are, you’ve shared a handful of these viral videos yourself.

Viral videos capture the attention of several million people within a short period of time. That’s the magic of the internet.

Marketers and business owners hope to capture that magic by creating their own videos in the hopes that they would go viral. That’s the dream behind most video marketing campaigns. To have one or two viral videos that will provide a constant source of leads, customers, and revenue.

What does it mean for a Video to Go Viral?

Normally, going viral isn’t a good thing—especially now that we’re in a pandemic. But in the context of video marketing, going viral is just what you need to introduce your brand to a large audience. Many companies aspire to create a video that has a huge impact on the market. That’s because viral videos are quickly spread around, creating buzz around it.

Viral videos can turn people into internet celebrities overnight. Just imagine the impact that could have on your business. You’ll be enjoying a stream of sales just from one video.

Any video or clip that is spread rapidly by online sharing is considered a viral video. These videos can receive millions of views, and thousands of comments, likes, and shares. Viewers share an amusing video with their friends and then it is passed along further until the content blows up. Before you know it, the whole internet has seen your video.

A lot of videos that go viral are funny or entertaining in some way. A lot of videos go viral unintentionally, meaning the creators never intended for them to become as popular as they are. But because of their high entertainment value, the video went viral anyway.

Other viral videos are made specifically to make people laugh and go viral. And then there are also promotional videos that are so effective that they become viral. This is the ultimate goal for a lot of marketers who want to raise brand awareness.

Entrepreneurs aren’t necessarily looking for internet fame. But their goal is to make their brand prominent enough that people flock towards it. A video is a good way to achieve that goal. It also doesn’t hurt to be a popular ambassador for your own brand. This is why viral marketing is suitable for a lot of brands and businesses.

It’s not easy to define what “viral” means other than saying it’s an extremely popular video. There’s no specific type of video that goes viral—although funny videos and meme videos tend to go viral more often. But viral videos can be just about anything.

That’s why it’s hard to predict which videos are going to go viral. There are over five billion videos being watched online every day. But there’s no telling which ones will go viral.

There’s also no specific number of likes, retweets, comments, and shares that defines a viral video. For example, sites like YouTube regularly have videos that reach tens of thousands of views—but those aren’t necessarily viral.

The only defining factor of a viral video is its cultural impact. Not only are viral videos viewed by almost everyone, they are also talked about by the general population. These videos are discussed, parodied, shared, referenced, and spread all over the internet. It goes without saying that viral videos receive tons of engagement.

Video marketing on its own is already a very powerful and reliable strategy. In fact, in this age of social media, if you’re not using video marketing, you’re getting left behind. But viral marketing hopes to take this to the next level by creating highly impactful video content to achieve viral status.

This sales technique uses word of mouth information to deliver a brand’s message organically. People are more likely to share something if it was shared by someone they trust. That’s what makes viral marketing so effective. Brands trying to promote their message aren’t going to get as much attention as people spreading word about that brand.

This is not an easy thing to achieve. Going viral is not the same as making a funny video. And so it is not a good idea to start video marketing just for the sake of going viral. Instead, marketers should treat it as a bonus. It shouldn’t be your long-term goal.

How to Go Viral

There’s no telling what exactly is gonna go viral. But once a video goes viral, it’s a cheap and easy way for a message to gain popularity. That’s why it’s still worth pursuing as a bonus to your regular video marketing efforts.

It’s not clear what exactly makes a video viral—but there are techniques you can use to increase your chances of going viral. For starters, most viral videos are short. This increases their replay value and their shareability. This means people are likely to watch your video, finish it, and share it with their friends. This is not the case for long-form videos.

Even if you’re not aiming to go viral, this is a really good tip for those who are using video marketing. People have short attention spans, and you need to take that into account. 19 percent of viewers close a video after the first ten seconds, so if you want to keep them around longer, your video needs to have a strong introduction. Video marketing experts recommend putting your best 8 seconds of content first to get people hooked enough to watch the rest.

Videos that cause laughter and other happy emotions are shared more often. Finally, a video is more likely to go viral if it is timely and relevant. Try making videos related to current events and the latest trends—and then find a way to relate it to your brand.

Remember that there’s no specific formula for going viral. It may even have something to do with luck. But following these tips can increase your chances of making a viral video. Focus on the quality of your video rather than promoting your product.

Best Platforms to Go Viral and Why

The best platform for your video marketing campaign is where your target audience is. But if you want to go viral, promoting your video content on some of the biggest social media platforms is not a bad idea.

Facebook, Instagram, Twitter, LinkedIn, Reddit, and TikTok are some of the most popular platforms right now—and they are not going anywhere. Of course, YouTube is also a no-brainer. If you want your video to succeed, you need to publish it on the world’s largest video sharing platform.

Social media is the best place to go viral. Facebook and YouTube are two of the platforms that produce the most popular viral content. Reddit is where a lot of viral videos originate, but once those videos hit other platforms—that’s when you know it has truly gone viral.

When in doubt, find out where your ideal audience is hanging out online and publish your videos there. The people who love your videos are the ones who are most likely to share it and help it reach viral status.

PrevPreviousWhat Are The Benefits Of Video Marketing?
NextWhat Exactly Is Network Marketing?Next