What Is An Example Of A Tech Stack? 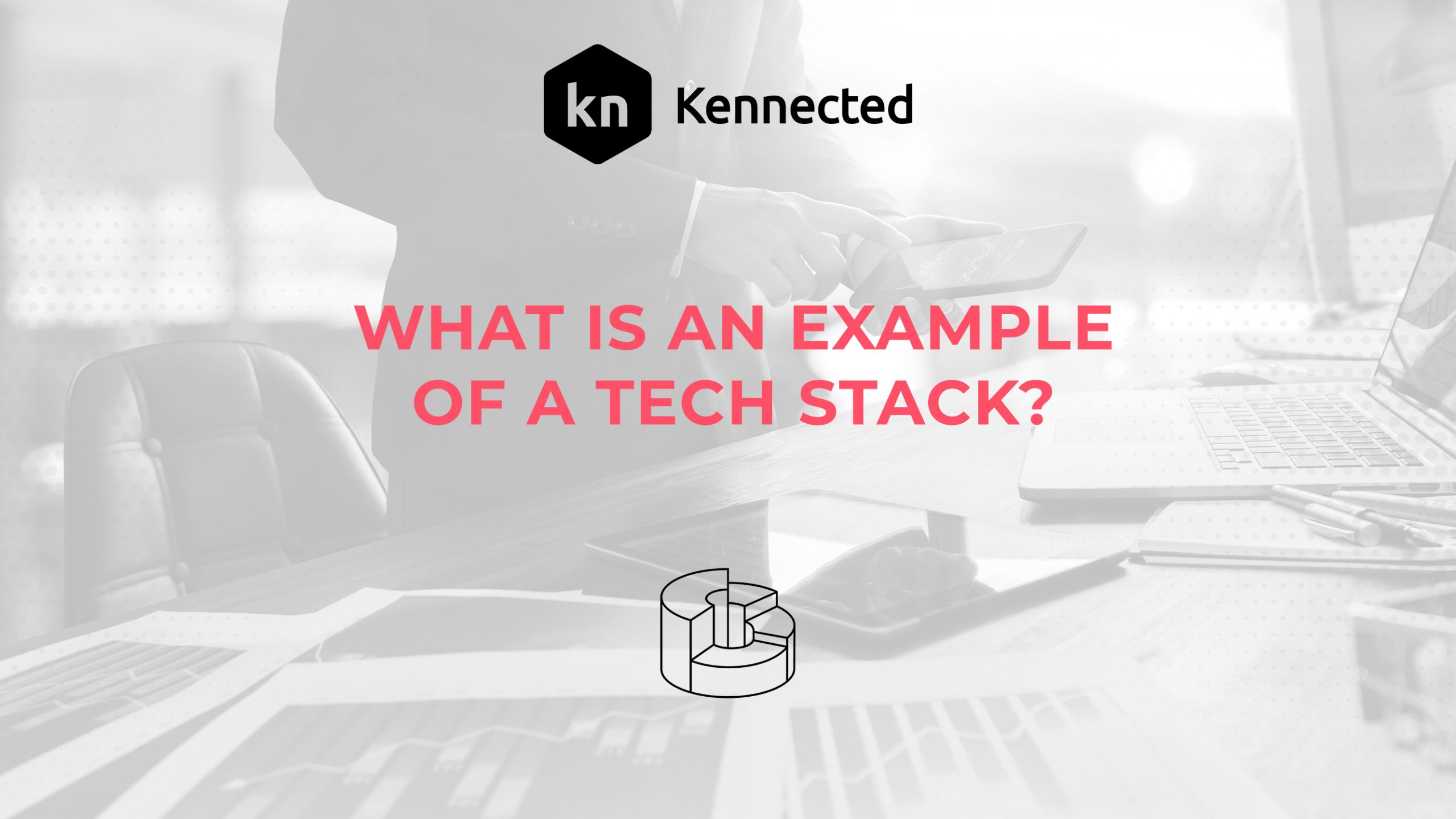 Navigation: What Is A Tech Stack?, What Are Programming Languages?, Building Tech Stacks, Benefits of Tech Stacks, Tech Stack Examples, Putting Two Together, If you Choose The Wrong Tech Stack, Will It Kill The Project?, Web Apps, Mobile Apps, Reach Your Quota With Cloud Kennect

Some of the more well-known tech stacks include:

Tech stacks are unique for every company, but many developers consider what’s needed on the front-end (client-side) before deciding on the best tech stack for the backend (server-side).

Then subsequent tech stacks are created to meet the demands of the departments that will use them.

What Is A Tech Stack?

Tech stack, or technology stack, is a term used to describe the tools, services, software, hardware, coding languages, operating systems, and programs used by a company to build an application.

The term is sometimes applied to marketing services (martech stacks) or sales services (sales stacks), but it originated in the software development community.

Tech stacks allow developers to customize an application beyond what is possible with a single tool. In short, a tech stack defines what an application is and what it can be.

A tech stack quickly summarizes the programming languages, frameworks, and tools a developer would need to interface with the application.

Data ecosystem and solutions stack are two other terms synonymous with tech stack. It’s known as a stack because each component builds on top of one another, thus stacking up.

The technologies at the bottom serve as the foundation, so developers have to pay attention to the order they stack tech.

Because most coding languages have well-known performance attributes and limitations, the tech stack hints at the overall application’s strengths and weaknesses.

Some technology stacks lend themselves more easily to expanding to meet growing demands (such as the number of simultaneous users) by adding disk drives or servers or what have you.

As with so much in life, there are tradeoffs involved in technology stack decisions, involving cost. Thus, the budget has to be considered along with the system requirements.

Trying to pick one perfect technology stack or a language is like embarking on a holy war where no one is a winner.

But with the right, competent team, you can make a technology stack perfect for your particular project.

Developers can’t manage a technology stack unless they know what’s going on, so an analytics platform, like Mixpanel, is an important part of the tech stack.

Each tool in your stack creates, analyzes, or ingests data, and to run most efficiently, those data sources need to link to one another.

It is a popular misconception that when choosing between technology stacks, the cost of a developer is detrimental.

In reality, you have as many chances to find an expensive Ruby developer as you can find a cheap one.

What Are Programming Languages?

Programming languages create logic for apps and websites. The codes link the web to a database. Some examples are JavaScript, PHP, and Python.

Any engineering team considering building a tech stack will have an easier time by relying, at least in part, on open-source software.

But they only exist for tech stacks where there is a market of developers. A large amount of these tools suggests how safe technology is.

Sometimes the type of product you are building determines the stack. Depending on the scope of your project, it makes sense to settle for a certain technology.

The logic behind the importance of maturity is pretty simple. The more mature a language is, the bigger is the community and the more resources it has.

Developers worldwide contribute to building open source tools that are free for use and available to anyone with an internet connection.

The scope of the open-source community and the utility it offers is staggering.

Developers tend to favor languages they already know, but building the best tech stack pays to step back and let the application’s purpose determine its technology.

For example, will the application exist on mobile or desktop? If on mobile, what apps? If desktop, what browsers?

The right tech stack can help drive your product to success, making it easier to build and ensuring it evolves alongside customer needs.

Choosing the right tech stack will ensure a cost-efficient and successful development project.

Companies trying to recruit developers often include their tech stack in job descriptions. Different companies will require different tech stacks, and no two are alike.

Teams decide on which technologies they want to use and then build upon a core coding language, adding additional tools and services.

These so-called technology stacks are what breathe life into the software products that we’re using today.

It impacts the mobile or web app‘s design, functionality, and future ability to scale.

One of the advantages of using these popular tech stack examples is the available knowledge base.

The web app tech stack uses the resources provided by the system. To build a web product, you will need to consider front-end and back-end technologies.

To increase your chances of developing a software product that users will love, here’s an overview of the right tech stacks for your startup team.

Together, these technologies provide most or all of the underlying foundation necessary to build a highly functional, interactive website.

Java is a general-use programming language universal solution for ongoing, big projects. It can do virtually anything with a decent amount of efficiency.

At one point, Javascript was the most widely used programming language for developing Android applications.

Java offers a myriad of tools, libraries, making it easy for developers to design and implement any feature they want.

Created by a Facebook team in 2015, React Native is the most popular open-source programming language. In works using React along with native platform capabilities.

The app development company you’ll hire will use React Native to build an application for Android and iOS platforms.

Developers use Android Studio for many tasks, including writing the code and debugging.

While web development projects require many back-end and front-end tech and tools, iOS and Android projects can be made by applying a single coding language.

When hiring a development team for development services, you and your company are not necessary to participate in selecting technologies and tools.

BitBar is a mobile app testing platform Facebook uses to improve its apps across devices.

Since this tech stack can run on any operating system, you can interchange or modify other components in the same stack.

One of the fastest-growing languages is Python. It is easy to use and commonly taught to college students as a beginner development language.

It has many modern and powerful features. Python has also become very popular because of its heavy machine learning and data science usage.

It can also be used for building web applications by using the popular Django web framework.

Objective-C is a programming language for iOS applications. It is high-level and object-oriented.

Object-oriented means that the language authorizes developers to create objects that can be manipulated.

Before Swift came about, Objective-C was the predominant programming language for all iOS apps. Objective-C is compatible with C++.

If a programmer knows that a software service is built on PHP, they know that its codebase is probably large and challenging to debug.

PHP is a notoriously inefficient coding language used in most popular web applications.

If a programmer knows that an application was built using Ruby on Rails, they know they’d have to learn the programming language Ruby to make any changes.

App Annie is a mobile market data and analytics platform that Google uses to improve its mobile applications and products.

AppCode is another iOS app and a code editor for Swift. However, AppCode has several advantages, including faster coding, improved file navigation, editor customization, etc.

A tech stack consists of two equally important elements: the front end (client-side) and backend (server-side). Both work together to create a working tech stack.

This is also referred to as an application stack. You can liken a tech stack to a McDonald’s triple stack cheeseburger.

Tech stack works in the same way in that you use different tools and technologies to produce the best software product that meets the users’ needs.

Front-end languages are typically much simpler than backend ones.

Most web application interfaces are built using the programming language Javascript and the frameworks Angular JS, Backbone.js, and ReactJS.

The main concern of the front-end stack is to create a stellar user experience, smooth user interface, and straightforward internal structures.

In other words, it is responsible for the design, format, and navigation of websites or web apps.

Front-end developers are inclined to use HTML, CSS, and JavaScript to build web apps.

These programming languages, particularly HTML and CSS, are used to code colors, fonts, images, graphs, and all visual aspects of the application.

JavaScript helps to provide the interactive nature of the app.

The server-side of software development is the backend tech stack. It refers to the inner workings of a website or app that users cannot see.

Think of it as the electric power stations that generate electricity for your home.

They may seem invisible in the background, but they are important to running the operations smoothly.

With this comprehension, the server-side is regularly called the back-end since users are amiss to the internal operations of a given app that generally govern data storage and holistic function.

It’s a markup language for creating and displaying electronic documents (web pages). They are the backbone of the organization and content placement on a web page.

If you Choose The Wrong Tech Stack, Will It Kill The Project?

Now that we’ve covered aspects to consider, whether a wrong choice of technology stack can ruin the project remains, and the answer is – no, it can’t.

The reason projects fail is not a technology stack or a language; the cause is the wrong architecture solutions.

Whichever language you choose, it doesn’t mean you are stuck with it for good.

The web app tech stack uses the resources provided by the system.

Though websites have the liberty to be websites, mobile apps are typically expected to be accessible on various platforms.

The average smartphone user in the United States spends about three hours per day on their phone.

But in a world of tablets, laptops, and smart TVs, people merely move on to another mobile device. Having mobile apps with a capacity for multi-channel use is therefore imperative.

Reach Your Quota With Cloud Kennect

When you implement any of these tech stacks, you’ll find yourself successfully managing your sales pipeline.

But to get these services going, there has to be a lead generation process established for your business.

Cloud Kennect is a revolutionary technology that automates lead generation on LinkedIn by targeting specific niches of professionals.

If you’re interested, check out how the process works via demonstrations with our sales team members. 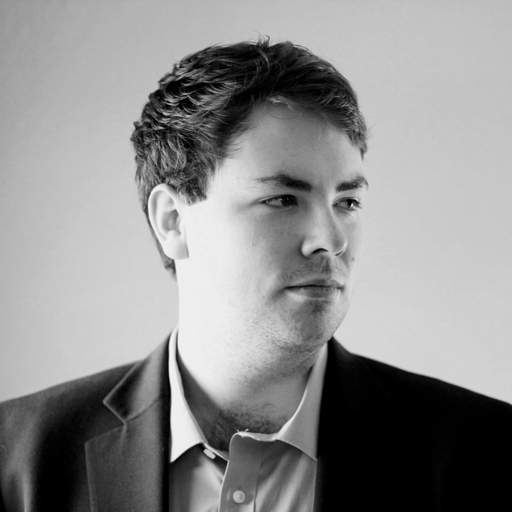