How Many Invites Can You Send on LinkedIn?
Skip to content

LinkedIn Invites: How Many Can you Send? 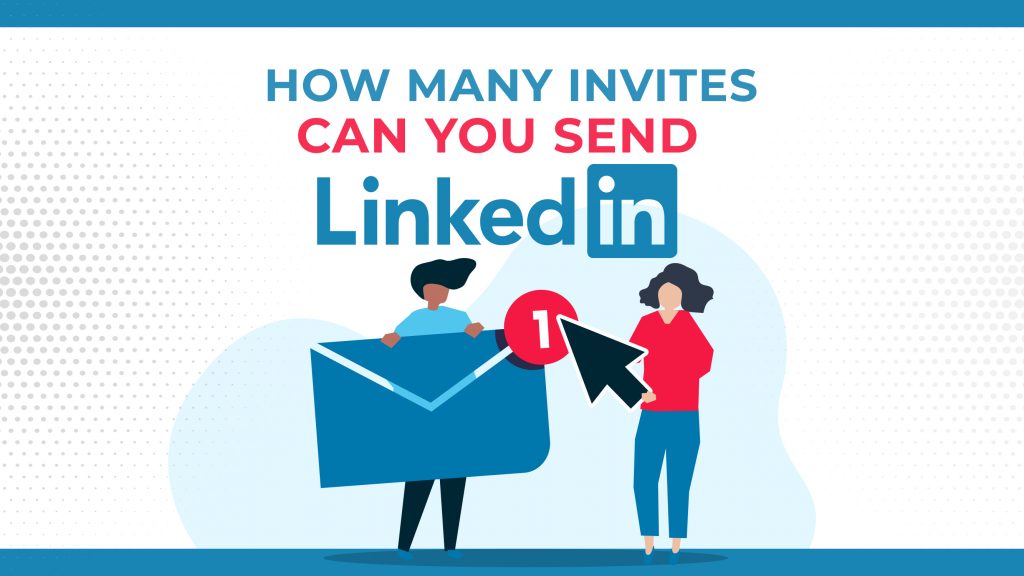 Navigation: Number of Invites, Don't Be A Spammer, Customized Invitations

For sales teams and professionals using LinkedIn as one of their primary networking platforms, sending invites to prospects, leads, and acquaintances is crucial. One of the most common things people want to know is how many LinkedIn invites they can send out at any given time.

LinkedIn allows its users to send up to 3000 invites. Each user is allotted 3000 for their account, and they are allowed to send out as many as they want per day. However, keep in mind that you will have to enter a CAPTCHA for each invite over 100 sent in a 24-hour period. Most people will never manually send out that many invites in a day. If you do, we tip the cap to you, but you’re working way too hard. When using LinkedIn Automation, users can easily send 100 per day, at scale without breaking a sweat. However, make sure you follow our best practices, which we cover during our onboarding process.

Now because of the 3000 invite limit, many people are concerned that they might run out eventually, especially if they are actively seeking new connections. But this is not really a major concern. In the event that you run out of invites on your LinkedIn account, you can simply email LinkedIn Customer Service and ask for more invites.

They will typically grant members another 500 to 1000 invites per month so long as the user has not been labeled a spammer by the community. It is important to note that if you use them all up again, you will have to wait until that month is up before being able to ask for more.

Don't Be A Spammer

To avoid being labeled as a spammer, there are a few things LinkedIn members should consider. A spammer is a LinkedIn user who receives too many declines from the invitations they send out. What this means is that you should be careful about sending those invites too loosely if you want to expand your network properly.

A good rule of thumb is to only send an invitation when you are fairly certain that it will be accepted. Many users only invite people they know. But for making new connections, it is not a good idea to limit yourself to only your personal connections. So to avoid getting marked as a spammer while seeking new connections, try to reach out to prospects or leads elsewhere first.

Some LinkedIn marketers use email, text messaging, Twitter, Facebook, Google+, group discussions, or even real life conversations before moving over to LinkedIn. Another option is by using LinkedIn’s premium messaging feature: LinkedIn InMail. This feature lets users send messages directly to other LinkedIn members even if they are not connected yet.

Start a casual and friendly conversation. This significantly increases the chance of getting the invite accepted. When sending an invite, make sure that the message is personalized so that it does not appear like a spam email. Never send the default invitation because it turns off some people. Also avoid sending invitations in bulk to everyone in your email list because there is no way to personalize each message, unless you are using a LinkedIn automation tool like Kennected.

Kennected lets users customize invitations in a way that reminds them of how you know each other and why you would like to connect. Kennected automates messages and invites while allowing users to customize each message to maintain that personal touch.

For users who want to withdraw an invitation they have already sent out, simply:

Using LinkedIn properly lets users maximize its potential as the biggest social networking platform for professionals. Do not get labeled as a spammer and use LinkedIn Invites to connect with only the best prospects.

LinkedIn Invites: How Many Can you Send? https://t.co/vXJ99Yo15K #kennected #linkedin