How To Grow Your Following On LinkedIn
Zum Inhalt springen 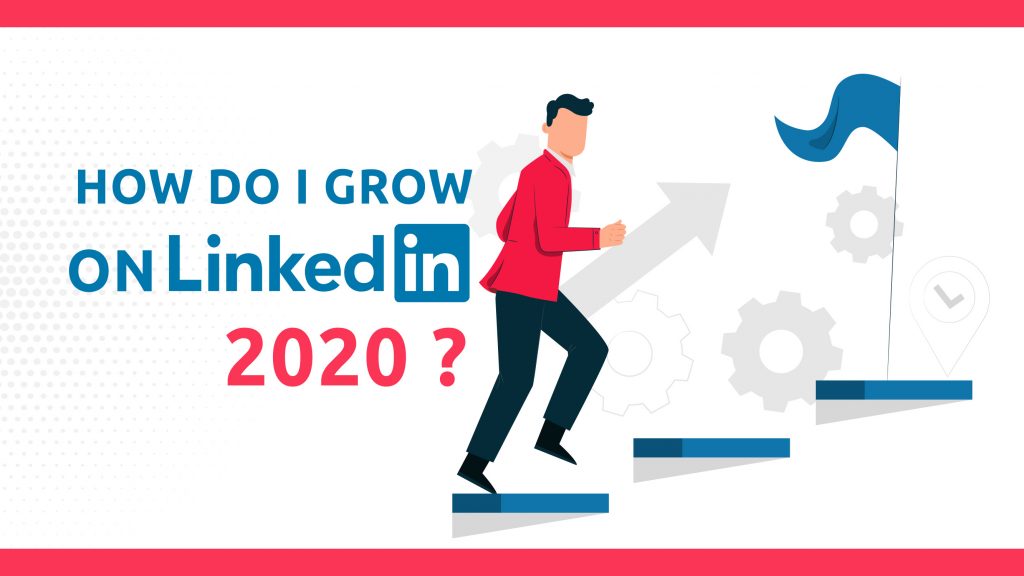 Navigation: What are the Components of LinkedIn's Algorithm?, How to Grow Your Following on LinkedIn

Because the professional landscape is shifting more and more towards the digital world, you need to find ways to adapt—or else you’ll be left behind by all your competitors. You need an active online presence no matter what industry you are in.

If you’re planning to put more focus on social networking sites, LinkedIn is the best way to go. Those who are trying to expand their network, increase their sales, book more appointments, and find more career opportunities can benefit from LinkedIn’s massive user base.

In fact, LinkedIn now has over 675 million users. It has an advantage over websites like Facebook and Twitter because LinkedIn has a strictly professional approach. If you want more leads, LinkedIn is where you will find them.

But first, you need to find ways to grow your LinkedIn network. Understanding the LinkedIn algorithm can go a long way in fine tuning your social media strategy.

What are the Components of LinkedIn's Algorithm?

To get the most out of LinkedIn, you need to understand how its algorithm works. The LinkedIn algorithm has two primary goals, and that is to prioritize relevant content and to promote engagement. In simpler terms, LinkedIn wants you to see posts from “people you know, talking about the things you care about”. That is according to Pete Davies, LinkedIn’s senior director of product management.

The LinkedIn algorithm prioritizes personal connections based around interests. Now the challenge is to make this algorithm work for you.

When it comes to the LinkedIn feed, relevancy trumps recency. The homepage is set to feature “top” posts by default, so newer content don’t necessarily have the priority. Members who prefer to see new posts can switch to “recent posts”—but expect the majority of users to have the default settings on.

LinkedIn noticed that popular users were achieving viral status on their posts while average users had a much harder time getting attention. This is why average users were less likely to get interactions, and less motivated to post.

To address this issue, LinkedIn updated the algorithm to show members’ posts from people they actually know. The change increased the likelihood of interaction and the chances of more content creation and engagement. This means even though thousands of posts are being created every second, LinkedIn’s machine-learning algorithm helps sort, score, and rank content based on different signals.

The LinkedIn algorithm considers personal connections, relevance, and probability of engagement when selecting what appears in your feed.

How to Grow Your Following on LinkedIn

Now that you know what the LinkedIn algorithm prioritizes, you can start optimizing your strategy. You can “beat” the algorithm to get more engagements and interactions in your posts.

Since the algorithm showcases relevant posts, you want to work towards becoming “relevant”—which is easier said than done. But if you know your target audience, this can be achieved. Conduct a thorough audience research and use analytics to find what your target audience is interested in. Use your findings to guide your LinkedIn marketing strategy.

LinkedIn members in general love posts with images or videos. These types of content tend to receive more comments compared to text posts. Videos are five times more likely to get comments while images get twice as many comments as text-only posts.

Once you get a hang of the type of content you should be posting, it’s time to start promoting your posts. One simple way to do it is by tagging relevant people and adding relevant hashtags. Using popular hashtags can help your content gain traction, and creating your own hashtag can help you build your brand.

Remember that not all promotion needs to happen on LinkedIn. Use your website, your newsletter, and your other social networking accounts to maximize exposure.

The LinkedIn algorithm also rewards engagement, particularly posts that inspire conversations. Start conversations by asking a question or asking your audience to share their opinions and insights with you. If you want LinkedIn members to engage with you, be sure to reply to them. Strive for authentic and constructive conversations.

Another way to use the LinkedIn algorithm to your advantage is by going niche rather than being broad. What this means is that you want your content to be specific in order to become relevant. Instead of trying to hit the mainstream right away, aim for your specific niche and excel in that area first.

Davies explained: “We know from our data that members are more interested in going deep on topics they’re interested in. Consistently we see better conversation around niche ideas.”

All companies want to “change the world” and “revolutionize an industry”—but this doesn’t happen overnight. Be relevant in your own niche before anything else. Apply this principle to your entire content strategy, all the way down to the hashtags you use.

Building your network strategically can go a long way. This is because connections and relevance are crucial factors when it comes to making the LinkedIn algorithm work in your favor. If you slowly grow a healthy and active network, you and your company can reap exponential rewards.

To build your network, authenticity is key. People appreciate genuine conversations around experiences and topics that matter to them. Better conversations create stronger connections. You will be able to build a strong community in no time.

It also helps to have a LinkedIn automation tool that helps you reach out to more people at scale. Kennected verwenden to generate a stream of connections, sales, and appointments. This automation tool helps bring you the most qualified leads using LinkedIn’s data-rich filters. You can also use Kennected to send automated and personalized messages to increase your chances of getting a response. Book a demo with Kennected today to learn more!